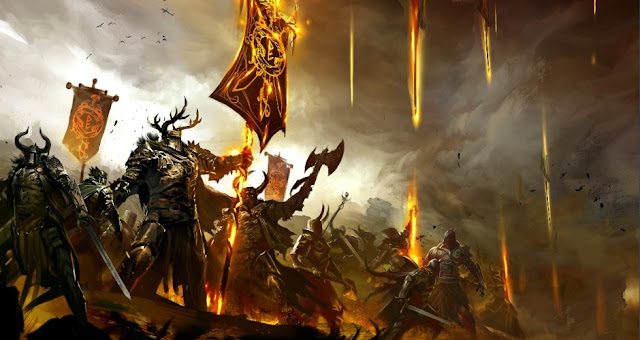 Well folks, Arena.net has finally announced a retail launch date for Guild Wars 2: August 28th, 2012. For those of you who pre-purchased, you’ll be glad to know that you will be getting a three day head start, with access open on August 25th, 2012.

If you haven’t bought your copy, you should do it now, as they have not officially given a cut-off date to still be eligible for the head-start, so why risk it if you were already planning to buy it?

The game looks very polished and most people believe it was ready for a while. They definitely needed to release it soon before the hype and steam built up from the Beta Weekends disappeared, and the holidays are too far off. With Diablo 3’s player-base quickly fizzling out, they’ll be looking for the next best thing.
Personally, I hope this game does well after a disappointing Q1 and Q2 for 2012, namely how poor Star Wars: The Old Republic turned out and how lackluster Diablo 3 became. If it turns out good, I’ll have a reason to buy a new PC.